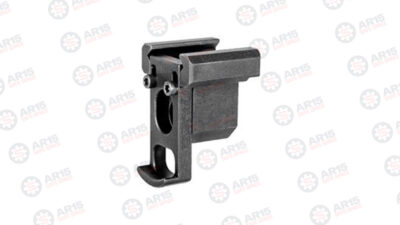 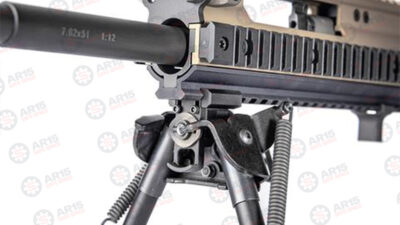 Only 4 left in stock

The Arisaka Low Profile Bipod Mount replaces the stock sling swivel interface on Harris S-series swivel bipods with a minimalist Picatinny mount. Rotation limiters allow for approximately 15 degrees to either side for leveling, and the mount works fine with pod lock levers.

Compared to an aftermarket Picatinny-to-sling-swivel adapter and the stock sling swivel interface, the Low Profile Bipod Mount reduces the overall height, weight, and bulk of the bipod. This new version features a quick disconnect latch that allows the user to quickly install and remove the entire bipod from a Picatinny rail.

Please note: There will be slight play between the bipod mount and rail. This is necessary due to variations in 3rd party manufacturers of rail sections and handguards, and ensures the bipod mount can be easily removed and installed. Any slack is taken up when the bipod is properly loaded, and has no negative effect on strength or accuracy.

The Low Profile Bipod Mount is compatible with Harris S-series swivel bipods including the S-BR, S-BRM, S-L, and S-LM.

If you have a KeyMod or M-Lok rail system the Arisaka Low Profile Picatinny Rails for KeyMod and M-Lok are a perfect match since they add very little additional height and use three mounting screws for maximum strength and durability.

Requires a 1/4″ socket wrench for assembly (tools not included).

There are no reviews yet. 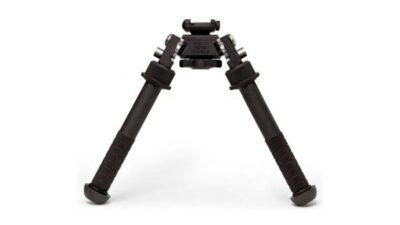 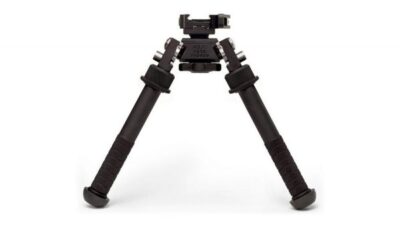 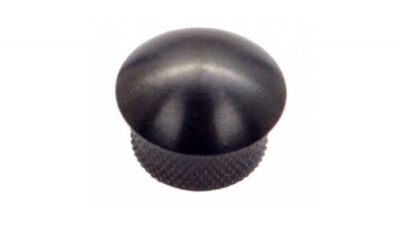